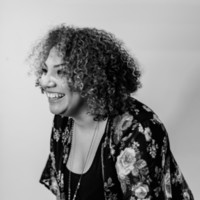 Marie Amthor Schuett is an award-winning Brazilian American playwright. She earned her Bachelor’s degree in Theatre/Speech Communications from Siena Heights University. When she is not writing plays, she can be found working as the Digital Marketing Specialist for Oxbow Animal Health or hanging out with her wife and son.
Awards and nominations include Neighbors, Lovers and All the Others (OEAA Award), The Other Sewing Circle (TAG Outstanding New Script Award, OEAA Nominee), and L’Chaim co-written with Laura Leininger Campbell (TAG New Script Award, OEAA Nominee). Her play Stuck with Lemons was named a SemiFinalist for the 2019 O’Neill National Playwright Conference. She also wrote the book for her first musical, The Break, with music and lyrics by off-Broadway songwriting duo Amanda DiArchangelis and Sami Horneff as a result of receiving an Amplify Arts Grant.
Her one-act, Coming Up for Air, was featured in the Inge’s Play Lab Series as well as the Great Plains Theatre Conference’s Play Lab Series. It also won 3rd place at the Dubuque Fine Arts Players One-Act Play Contest and Festival. She is currently working on a new piece titled About Time: A Meta Love Story Between 3 People and Sometimes a Goose.
Return to Commoners page